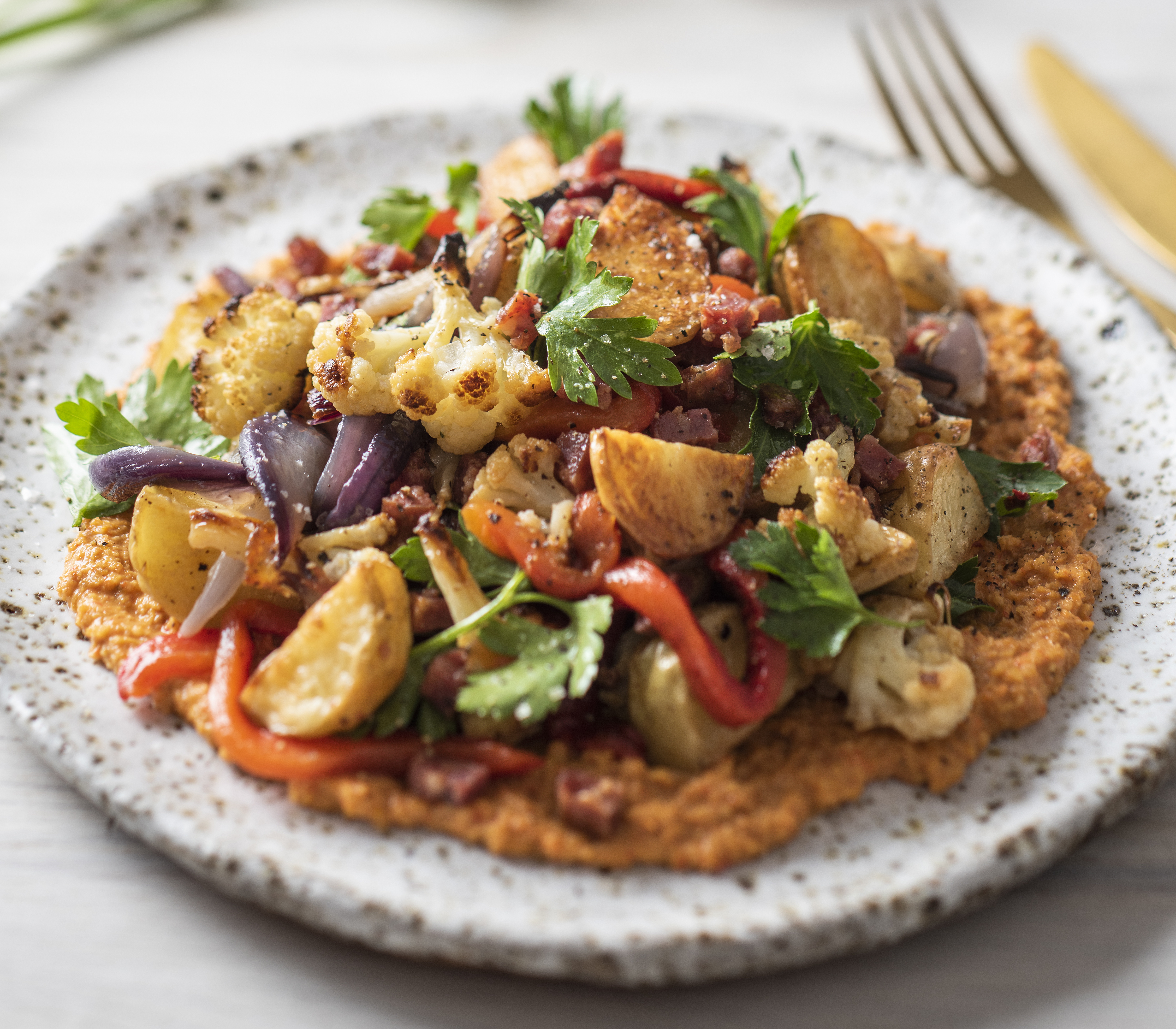 COOKING TIME: 1 and a half hours

Combine potato, 1 tablespoon olive oil, salt and pepper together in a large mixing bowl, tossing to combine. Spread onto prepared roasting tray and cook in preheated oven for 40 minutes or until golden, turning halfway through. Remove from oven and allow to cool.

Combine cauliflower florets, onion slices, salt and pepper together in a large mixing bowl, tossing to combine. Spread onto prepared roasting tray and cook in preheated oven for 30 minutes or until golden, turning halfway through. Remove from oven and allow to cool.

Rub capsicums with olive oil and place in preheated oven for 25 minutes or until skins are blistered and charred. Remove from oven, place in a bowl and cover with plastic wrap to cool. Remove skins, seeds and stem and thinly slice roasted red capsicum, set aside until required.

Place finely chopped chorizo in a non-stick frying pan over a medium heat and cook for 5 minutes or until lightly golden. Remove from heat and allow to cool.

Meanwhile for the romesco sauce place half the olive oil in a frying pan over medium heat. Add garlic and cook for 1-2 minutes. Using a slotted spoon remove garlic from pan and set aside. Add breadcrumbs to the pan, stir to combine and cook until golden and crispy. Remove pan from heat and allow to cool.

In a food processor combine garlic, breadcrumbs, almonds, 200g of the roasted red peppers, vinegar, tomato paste, saffron mixture, paprika and remaining olive oil, processing until smooth. Season with salt and pepper. Place in a small bowl, cover with plastic wrap and set aside until required.

To serve, spread half the Romesco sauce* over a platter and top with salad. 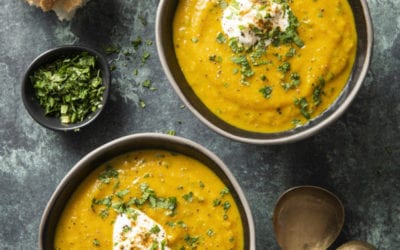 Five Winter-Warming Recipe Ideas Winter is descending on Australia and there is no better way to take the edge off the cool change than with a hearty serving of spuds. Here are five of our favourite recipes to spice up your dinner table.Unbelievably Easy potato Soup... 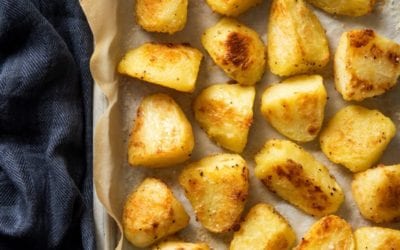 Kitchen hacks for perfect potatoes There’s nothing better than the crunch of a perfectly crispy roast potato, or the warming comfort of creamy (and perfectly cooked) potato bake. Whether it’s playing a starring role in your favourite dinner dish or a support act on... 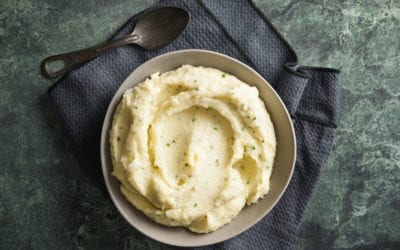 A foodie’s top tips to making the ultimate creamy mashed potato A serve of creamy, comforting mashed potato is the ultimate antidote to a cold winter’s day – but what’s the secret to achieving that perfect consistency? Food editor and recipe developer Kerrie Worner...